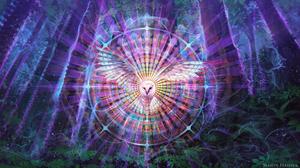 Bio:
Growing up in British Columbia, Canada, Simon developed a strong affinity to nature with creative foundations in visual art and music. In 2004 he gravitated towards painting as a full-time endeavor bringing his musical background into the visual realm. Simon has explored many visual mediums, often with an emphasis on spiritual themes connected to nature. In 2007 he graduated from Vancouver Film School, where he learned motion-graphics, among many other skills within the Digital Design program. That led him to animate many of his paintings now used in live VJ performances with various global music acts, including his own. He continues to produce music by himself and collaboratively. He has released four solo albums since 2002 and one with the band Heofon. Within art galleries, festivals, conventions, and online platforms, his work is exhibited globally. He currently works out of his studio in Roberts Creek, BC, while continuing to explore an ever-expanding palette of creative endeavors.


Artist Statement:
“I'm curious about our psychic connection to nature and the metaphysical unity of all life. In my devotion to the creative process, I strive to produce art that inspires harmony between the Earth and its shared inhabitants. I feel that our collective need and appreciation for nature unites us all. Each creation reflects an aspect of my life journey, thinning the veil between physical and metaphysical realities.” 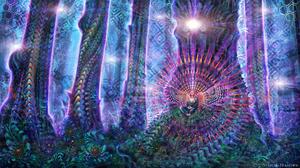 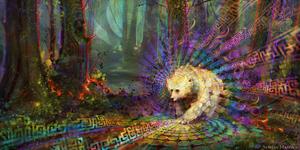